A monthly Council Meeting was held at the Golden Plains Civic Centre in Bannockburn last night, Tuesday 27 April, with all Councillors in attendance. The meeting was open to members of the public and was livestreamed on Council’s YouTube page.

Council also presented awards to William Gilbert of Cambrian Hill and William McKechnie of Enfield for their achievements in the sport of rowing.

Following the Acknowledgement of Country, there were no questions for Question Time. The Delegates Report then followed, with Councillors providing updates on a range of meetings and engagements over the past month.

Council considered a planning permit application for a three-lot subdivision at 19 Yorkshire Close, Batesford. Following the reading of a written submission by an objector, Council supported the recommendation and approved the planning permit with conditions.

In accordance with the Local Government Act 2020, Council has prepared its Draft Council Plan 2021-2025 detailing the key deliverables for Council over the next four years in alignment with the Themes and Community Priorities identified in the Community Vision 2020. Council endorsed the Draft Council Plan 2021-2025, incorporating the Municipal Public Health and Wellbeing Plan, for public exhibition from 28 April to 26 May 2021 and all residents are encouraged to share their feedback on the plan.

Council considered and resolved to note the Quarterly Finance Report for the nine months ending 31 March 2021.

Council noted the report and achievements attained in the implementation of the actions contained in the current Council Plan 2017-2021 for the third quarter from 1 January to 31 March 2021.

Council’s Environment Strategy 2019-2027 sets a net-zero emissions target for Council operations by 2040 along with some interim targets. The report highlights options to reduce Council emissions and outlines some high-level cost-benefit analysis, based upon a corporate emissions inventory. Council resolved to support the development of an Emissions Reduction Action Plan based on data from the report and establish an internal Environment and Sustainability Reference Group. Cr Gamble moved an amendment to the motion that officers provide a further report on greenhouse gas reduction targets at a future Council meeting once the Action Plan has been completed. The amended motion was passed by Council.

In April 2020, Council issued a Planning Permit for the subdivision of Council-owned land at Lomandra Drive, Teesdale. In addition to meeting the requirements of the Planning and Environment Act and the Golden Plains Planning Scheme in gaining a permit to create multiple lots, Council must comply with sections 189 and 223 of the Local Government Act (the Act) prior to the sale of any Council owned land. Council resolved to note:

Council also approved the sale of the Council-owned land, following its subdivision.

Council owns vacant land in Taylor Street, Smythesdale which is fenced-off and not used for any Council or public purpose. Council resolved to declare the 6,500 square metre lot as surplus to Council’s needs; commence the statutory process to subdivide and sell the land; determine the future road alignment for Taylor Street; and establish a dedicated Community Roads and Infrastructure Future Fund so that the net-profits from the sale of the land or any residential development is set aside for future development or purchases across the Shire.

The report detailed Council’s recommendation to engage a qualified and experienced provider for the provision of a suitable Customer, Property and Regulatory Systems software solution for Council. This would include the core ICT systems of Rating Management, Animal Management, Receipting and Payments Management, and Property Management. Council resolved to award the contract to CouncilFirst for a three year contract for the sum of $873,976 (exclusive of GST) for the project; and delegated the CEO or his delegate authority to execute the contract on behalf of Council.

Council endorsed the proposal to subsidise the lease for the Meredith Interpretative Centre with CLAW Enterprises Pty Ltd by 75% in response to the letter of request and recognition of the impacts of COVID-19. Council will now invoice CLAW Enterprises Pty Ltd for $3,300 being 25% of $13,200, the Year 2 lease rate and refer the balance of $9,900 to Council’s COVID Relief Fund.

Deputy Mayor Cr Ian Getsom assumed the chair for this item, following Mayor Cr Helena Kirby declaring a Conflict of Interest on the matter. The report provided feedback on the heritage status of the Rokewood Uniting Church as requested by a Council resolution at its unscheduled meeting on 16 April 2021. It is noted that the building itself is currently designated under the Golden Plains Shire Planning Scheme as HO61, which ensures its ongoing protection. Uniquely, this heritage protection, unlike many other buildings protected under a heritage overly, also extends to the interior of the building.

Council resolved to receive and note the interim update as required by its resolution, Item 5.3 from the 16 April, 2021 Unscheduled Council Meeting; and for a subsequent report to be presented at the May Council Meeting to consider if the Uniting Church should be recognised as having State heritage significance.

The report provided a record of expenditure made on behalf of Councillors in the performance of their duties for the third quarter of 2020/21 and a quarterly update on Councillor attendance at both scheduled and unscheduled meetings of Council. Providing regular updates throughout the year on the Councillor attendance at meetings enables enhanced transparency. Council noted the contents of the Councillor expenses and attendance report for the third quarter of 2020/21, which ended on 31 March 2021.

review of mayoral and councillor allowances

Mayors and Councillors are entitled to receive an allowance while performing their duties as an elected official. In accordance with section 74(1) of the Local Government Act 1989, Councils must review and determine the level of Mayoral and Councillor allowances within six months of general election or by 30 June 2021, whichever is later.

At the meeting, Council endorsed an increase to the Mayoral allowance to $72,268.40 and Councillor allowances to $25,237.58 including the 9.5% superannuation equivalent, and invited public submissions on the proposed allowances between 27 April 2021 and 25 May 2021. Members of the public will also be able to present their submissions to Council in-person at a meeting to be held at the Golden Plains Civic Centre on 8 June 2021. The final Mayoral and Councillor Allowances will be determined at the Council Meeting on 22 June.

Council also resolved to approve the proposed Councillor and Mayoral Allowances without further resolution of Council if no submissions are received.

You can read more about the Mayoral and Councillor Allowances and how to make a submission here.

Council approved Mayor Cr Helena Kirby to attend the National General Assembly of Local Government 2021 in Canberra from 20 to 23 June, and its related expenditure. Mayor Cr Kirby will deliver a written report following participation of the event.

Council approved, in accordance with Section 10.3 of its Council Expenses and Entitlement Policy, the additional funds of $2,184.45, above the maximum per councillor allocation of $3,000 per annum, to Cr Owen Sharkey to undertake the Australian Institute of Company Directors (AICD) course as part of professional development opportunities available to Councillors.

Cr Gavin Gamble moved a Notice of Motion that the Golden Plains Shire Council formally welcomes and invites representatives of the Eastern Maar Aboriginal Corporation to attend and speak at a main council meeting. Cr Gamble withdrew this motion.

notice of motion – quarterly reports to the council on actions, progress and implementation of the recommendations as contained in the “sexual harassment in local government” report

Cr Gavin Gamble moved a Notice of Motion that Council provides quarterly reports to the Council on actions, progress and implementation of the recommendations as contained in the “Sexual Harassment In Local Government” report conducted by the Victorian Auditor-General’s Office, December 2020 and adopted by Golden Plains Council in February 2020. Council passed this Notice of Motion.

notice of motion – to rescind the previous resolution of council adopted at the unscheduled meeting on 16 April 2021.

Council passed this Notice of Motion to rescind the previous resolution of Council adopted at the Unscheduled Meeting on 16 April 2021.

Cr Gavin Gamble moved a Notice of Motion that Council:

Cr Clayton Whitfield proposed an alternate motion that Council Officers provide a report at a future meeting of Council advising on the potential implications of this resolution and research actions taken by other councils in response to their declaration of a climate emergency. Council passed Cr Whitfield’s alternate motion.

There were no petitions on the Council Agenda. Council considered one Confidential Report: P20024 – 79 Vaggs Road, Ross Creek (VCAT Ref No: P1952/2020 – Consent to an Amended Permit via a Compulsory Conference)

The next meeting of Council will be held on Tuesday 25 May, 2021 at the Linton Shire Hall, 68 Sussex Street, and available by livestream. Members of the public will be able to request a seat in the limited public gallery from Friday 21 May, 2021.

Watch Mayor Cr Helena Kirby's summary video to find out what was discussed and decided at Council's Meeting on 23 March 2021.

Watch the April 2021 Meeting of Council

Watch the recording of the April 2021 Meeting of Council.

Review of Mayoral and Councillor Allowances 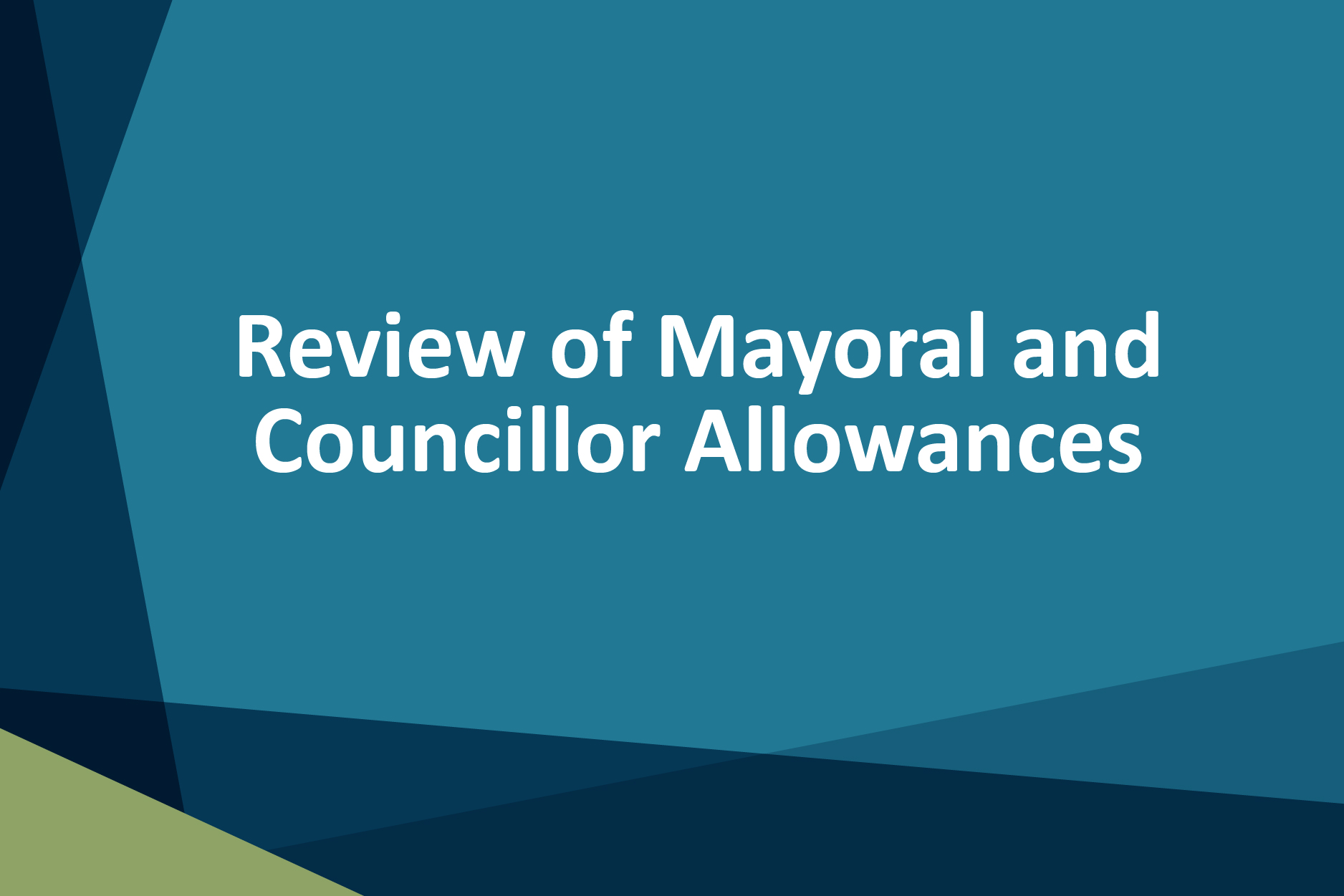 In accordance with Victorian legislation, Council is currently reviewing its Mayoral and Councill