Construction To Begin On New Bridge Construction works will get underway this month on the replacement of the Slate Quarry Road Bridge in Meredith.

Crossing the Moorabool River, Slate Quarry Road is the major link between the Midland Highway and Geelong-Ballan Road. The existing bridge is currently load limited to 15 tonne on a road network that connects many local businesses.

Funded jointly by $1,150,000 from Council, and $1,150,000 from the Federal Government’s Bridges Renewal Program, the new unrestricted bridge will eliminate a 20km detour for an estimated 25 heavy vehicles per day, equating to 130,000km saved each year. With bushland to the northeast of Meredith, the new unrestricted bridge will provide emergency services access to this important route for response vehicles, significantly reducing travel times in emergencies.

Following the awarding of the construction tender to Bitu-Mill (Civil) Pty Ltd at Council’s December 2020 meeting, major construction will begin next week with the new bridge anticipated to open in mid to late 2021. To allow construction works, Slate Quarry Road will be closed to vehicle and pedestrian traffic at the bridge site from Tuesday 9 February, 2021 to Tuesday 31 August, 2021. Detour signs directing traffic to use Ballan-Meredith Road and Mount Wallace-Ballark Road will be in place, and Council requests residents and drivers allow extra time for trips through the area.

A letter advising of the closure was sent to nearby residents in January. Residents seeking further information on the works can call Council’s Works Engineer on 5220 7111.

Mayor Cr Helena Kirby welcomed the upcoming start of construction and urged local residents to plan their journeys ahead of time during the closure of the existing bridge.

“The replacement of Slate Quarry Road Bridge is one of 25 projects Council has planned to deliver this year, and it’s exciting that works will shortly get underway on this important project for the Meredith community. Last year, five bridges were completed in Golden Plains Shire, and we’ll deliver another three upgraded bridges in the Rokewood area as well as numerous other road projects.

“To allow the new bridge to be built, the existing bridge needs to close for some time. There will be detours in place, and I encourage all locals and businesses to allow extra travel time if they need to travel through the area.”

“I am delighted that the Morrison Government is delivering $1.15 million for the Slate Quarry Road Bridge in Meredith as part of our Bridges Renewal Program.

“This vital upgrade connects two important arterial roads, the Midland Highway and Geelong-Ballan Road, and will reduce travel time for heavy vehicles as well as boost productivity across our region.

“Investing in safer roads and bridges not only delivers more jobs but provides vital support for regional communities, a key focus of the Morrison Government.” 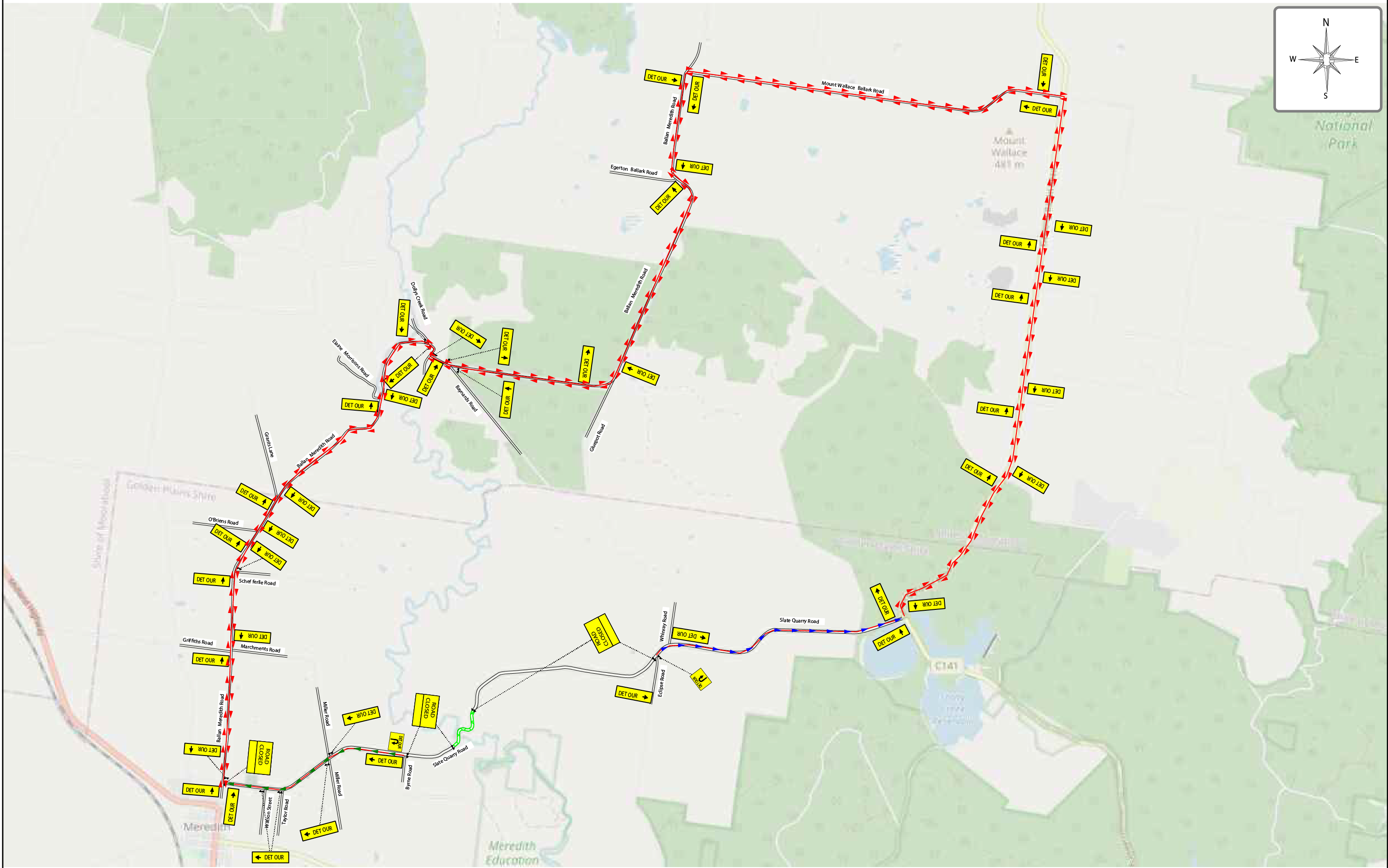 In early October, the Federal Government announced Council would receive an additional $1,512,680